Showing posts from May, 2011
Show all

The art of asking questions 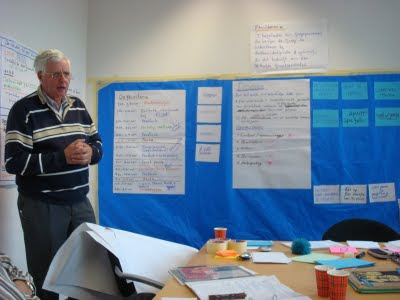 'The person who is doing the talking, is the one who is learning the most! 'It is an 'old wisdom' still applicable, when a training or facilitation event is conducted.According to research, people remember; only a maximum of 10 - 15 %,when they received information through a presentation;40 - 50 %, when they have been discussing about a topic, which keep them engaged; 70 - 75 %, when they have been practising with the new knowledge and skills; 80 - 90 %, when they have been applying the new knowledge in their work.
People learn most, when they are actively involved and make the knowledge practical. However behavioural change in applying new knowledge, can only work when people have the right attitude; openess, willingness to change and motivation.The right conditions such as time to learn and experiment, support from management and colleaguesand financial resources need to be in place to enable people to change.According to the brainlearning principles, it take…
Post a Comment
Read more

Young people building relationships with adults in their community! Showing your identity as a youngster by initiating activities in the community! Creative thinking and teambuilding! Expressing hopes and dreams as a youngster! Members from youth clubs, coming from 4 different villages in Moldova, produced in the final stage of the two-year project 'Youth in the Center' a participatory video showing their accomplishments as a team. Participatory Videomaking (PV) is not only fun! It is also about building capacities as a team. The process stimulates people's imagination. It strengthens the team and it is another phase in building a history as a group. Video is an effective media tool for informing other stakeholders and interested groups, especially through social media such as facebook, twitter and odnoklasniki. Recently the four participatory videos were uploaded and published at youtube. Following are the video's. See video; Youth club 'Ying/ Yang' in Vadul…
Post a Comment
Read more

The online versus the face-to-face facilitator 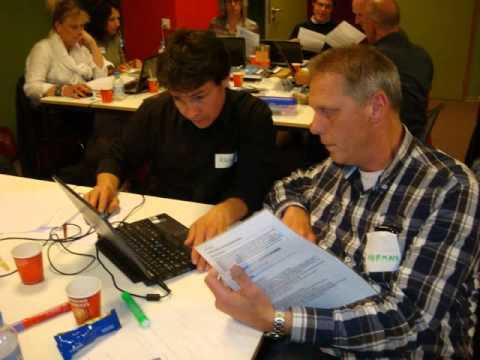 If you are a good and effective facilitator in face-to-face meetings, does it mean you are also a high performing online facilitator?Online facilitation requires another way of thinking, acting and communication.You don't see the facial expressions.Body language and non-verbal interactions between people are absent. An online facilitator looks from a different perspective at people's participation in groups.'By reading sentences and comments in discussions, you get a sixth sense in noticing people's sentiments',explains Sibrenne Wagenaar.'If an issue is important and crucial, you start to ask in-depth questions.'
The' facilitator and social media' was the main theme ofa workshop, which was organized by the International Associaction of Facilitators - Benelux on the 19th May 2011 at Seats2Meat in Utrecht.The two authors of the book 'En_Nu_Online',Sibrenne Wagenaar and Joitske Hulseboschshared their experiences on how the today's facilita…
Post a Comment
Read more

Capacity development is about building relationships! 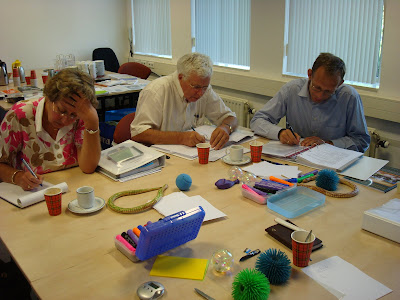 Listening to what keeps people involved!Getting to know people and create the right conditions, which help people to build their identity, realize their hopes & dreams are the main important things a capacity development advisor can do in building local sustainable structures for development.
These were some of the conclusions and lessons which were shared during the training capacity development (conducted by Simon Koolwijk), which was held on the 9th and 11th May, 2011 at the Hendrik Kraemer Institute in Utrecht.Three development advisors working for ZHHK in Malawi and Suriname were guided in their process on'how to think through and tackle an intervention in building sustainable structures for church work.
Let people take responsibility and make them to discover what works and not works?;shared the participants.Development is about building relationships.If you have gained the trust from others and shown you are ready to make a long term investment in the community, people a…
Post a Comment
Read more 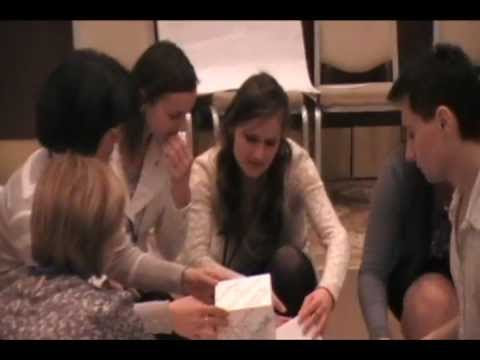 Young people present in front of an audience having 90 people including government officials, NGO representatives and youth workers from civil society organisations. High government officials, including a deputy minister and vice speaker of parliament shows the project implementers' relations with the authorities. Measuring development Youth (R)Evolution was the theme of the closing conference of the project 'Youth in the Center'. During the project youth clubs were initiated by young people in 4 Moldovan villages; Ulmu, Vadul Rascov, Cotiujenii Mari and Varnita. All clubs were able to develop support structures of adults guiding them in their development. Each club secured an adult coordinator, got space from the local municipality to have a physical meeting place and relations were developed with other locally and international based youth work organisations for support. Video is one of the means showing how young people's capacities have been developing during…
Post a Comment
Read more
More posts